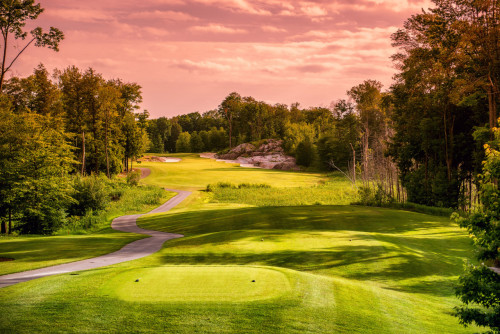 Posted at 17:17h in Featured Courses by Matt Koper 0 Comments

The Memorial Tournament finished off Sunday afternoon with a bang. In the first ever three-man playoff in the tournament’s 42-year history, Bryson DeChambeau sealed the win with an exclamation point by birding the final hole and ultimately capturing the win, his second of his up and coming career. With the win, DeChambeau has moved into fourth place in FedEx cup points, a perk that comes with a three-year tour card exemption.

Looking ahead, the FedEx St. Jude Classic will tee off Jun 7-10 at TPC Southwind in Memphis, TN with all eyes on Daniel Berger, the winner of the tournament the previous two-years as he looks to become the first ever three-time winner in the tournament’s history. Despite his recent success at the tournament, the oddsmaker’s have him at a 25-1 to capture his third-straight victory at the same venue – a feat no one has accomplished since 2011. Coming in at the top of the list is Dustin Johnson at 6-1. Johnson is putting together quite a season, as he has not finished lower than T-17 in stroke-play this season. According to some of the experts, their picks are leaning towards Brooks Koepka, given his finish as the runner-up at the Fort Worth Invitational and his track record of success at TPC Southwind. Phil Mickelson seems to be another solid pick as he has played the course well, with three top-three finishes in the past five years.

It will certainly be a great precursor to the U.S. Open at Shinnecock Hills next week and the golfers who perform well this week in Memphis will certainly have a full head of steam going in to the coveted major and will be looking to take the momentum they create at the St. Jude and run with it into Tuckahoe next week.